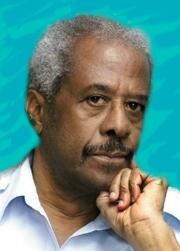 Prof. Alleyne was considered a pioneer in the field of Creole Language Studies and was known for his rejection of the notion that creole languages necessarily develop from prior pidgins and his position that the variation manifested among these languages should be attributed to the differing degrees of acculturation among Africans who came in contact with Europeans. He wrote extensively on many topics, including the history, structure and use of French-lexifier and English-lexifier languages in the Caribbean, acculturation, African influences in the Caribbean and North America, race and ethnicity, theoretical issues in creolistics, and folk medicine of the Caribbean. Among his recent works are The Folk Medicine of Jamaica (2004), The Construction and Representation of Race and Ethnicity in the Caribbean and the World (2002), Syntaxe Historique Créole (2000), and Roots of Jamaican Culture (1997).