Call for Papers
SARGASSO, A Journal of Caribbean Literature, Language, and Culture 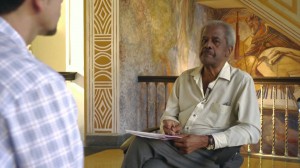 The editors of Sargasso are planning a volume that will honor the life, insights, and professional achievements of Mervyn C. Alleyne (1933-2016). Linguists, historians, cultural analysts, literary scholars, creative writers, translators, and others are invited to submit their work. Of special interest are essays that use ideas from Alleyne’s scholarship to respond to pressing issues in the study of language, society, or culture in the Caribbean today. This volume will feature scholarship and creative work that builds upon, expands, and moves forward Alleyne’s ideas and legacy. Testimonies, anecdotes, remembrances, photos, and statements about Alleyne’s professional contributions can also be submitted for inclusion in a special section of the volume.

Spanning a period of more than fifty years, Alleyne’s legacy as an educator and a Caribbeanist was shaped by a vision that can be said to have moved Caribbean Studies forward. It is characterized by the embrace of humanism and constructive critique, the careful analysis of data, and interdisciplinary perspectives fostering insights in diverse areas of study, including linguistics, cultural studies, history, culture, folklore, and ethnomusicology. His influential Comparative Afro-American: An Historical-Comparative Study of English-based Afro-American Dialects of the New World (1980), for example, uses principles of general linguistics and comparative dialectology to analyze the structures and histories of the Caribbean languages that emerged in the context of European colonialism and the Atlantic Slave Trade. The book assisted in dispelling myths about “Creole languages,” a term that he adamantly rejected as unscientific, and processes of language change and social life that unfolded across West Africa and the Caribbean. While the text continues to inform and inspire readers today, some of its assertions deserve to be contextualized in terms of more recent research and theoretical scholarship, as well as contemporary debates.

Much of Alleyne’s work signals that one way of moving forward is to rethink our understandings of the past. For example, his book Roots of Jamaican Culture (1988), a cultural history of the Jamaican people, elaborated the argument that Afro-American culture is an extension of African culture. In this text, he explores topics such as politics, race, and neo-colonialism, encouraging readers to rethink the notion that rigorous scholarship should be detached from political opinion or express indifference. We hope to include cultural-historical work that resonates with these and related concerns.

What might Alleyne like to see in this volume if he were with us today? What areas of inquiry would he like to see his ideas applied to for further study? In an interview that took place a couple of years prior to his passing, he underscored the importance of “engaged research that is responsive to urgent needs,” calling for the creation of more equitable language policies and—more generally—academic work that enriches the broader educational experiences of students. Elsewhere, he encouraged the “unshackling of the mind,” reminding his readers of the profound significance of the learning and positive transformations that can arise when scholars who successfully identify problems, errors, or biases in the knowledge that they’ve inherited strive to support others in doing the same.

Other approaches are also welcome. Contributors could, for example, provide an overview of one of Alleyne’s works; use currently available knowledge, methods, or theoretical developments to further develop his line of reasoning; and then support, refute, or otherwise elaborate his argument. Another possibility is to focus on a topic that Alleyne did not write on, like the effects of climate change, public policy, or developments in higher education on the linguistic and cultural realities of the Caribbean. Such work would use insights from Alleyne’s scholarship to address the topic.

Sargasso’s editors are interested in receiving essays and other contributions on a broad array of topics. These include, but are not limited to:

 Higher education in the twenty-first century

 The history of Caribbean linguistics or Caribbean Studies

Submissions are due by February 3, 2020. The editors hope to receive essays, short fiction, remembrances, images, poetry, and visual art. Work can be submitted in English, Spanish, French, or any other Caribbean language. Essays, which must conform with APA guidelines and be prepared in Word, should be double-spaced, and consist of between 4,000 and 7,000 words. Abstracts consisting of 120 words or less (and 4-5 keywords) should accompany essays and be written in English as well as Spanish. Contributors are encouraged to include photos, illustrations, and other types of images. Those who submit work for consideration will be notified about its status approximately one month after it is received. Electronic submissions, questions, and other inquiries should be directed to sargassojournal@gmail.com.

Sargasso is a peer-reviewed academic journal that has been edited at the University of Puerto Rico’s Río Piedras Campus for more than 35 years. It features work on the languages, literatures, and cultures of the Caribbean and its multiple diasporas.