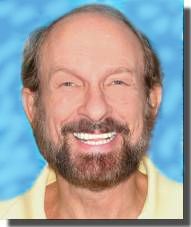 When I was a kid growing up in the Bronx, I used to think that when you got old, you started speaking with an accent. That’s because all the people in my world over the age of 50 spoke with an accent. One of my grandmothers spoke with a Yiddish accent, the other with a Russian/British accent. Many of my friends’ grandparents had Irish, Italian, Greek, or Spanish accents. And the black people all spoke with what to me was a Southern accent. I figured it was just a matter of time: if you lived long enough, sooner or later you’d develop an accent–sort of like arthritis. Perhaps this was the spawning ground for my interest in language.

However, by the time I was in college, I wanted to be a physicist. It took me two years to realize that I wasn’t any good at physics, and I wound up majoring in philosophy, focusing on philosophy of science. This major introduced me to philosophy of language, and I was required to take courses in a related area outside the major. I tried linguistics because I was curious as to what it was, and I wound up going to grad school in that field and getting a master’s and a Ph.D. in it, specializing in neurolinguistics–the relationship between language and the brain. Although I have worked in several of the subdisciplines of linguistics, neurolinguistics has been my main focus for most of my career. After five years teaching in the linguistics program at Penn State (and a year in Belgium on a Fulbright), I came to Puerto Rico at the end of 1976, hoping to combine my scholarly interests with the life style of a beach bum. I was successful at this up to a point–that point being when I fell in love with a lovely Puerto Rican lady and left the beach to move to the country and raise a family up in the mountains of Guaynabo.

I am now, thankfully, retired. I still read stuff in linguistics, but only when I feel like it. I’m playing the piano, learning classical Hebrew grammar, and reading lots of stuff in all kinds of different fields I did not have time for when I was working. I am actively involved with my synagogue, where I served as president for the last two years. At age 63, I’ve noticed that I have recently developed a slight Yiddish accent with a nearly imperceptible “toquecito de español” when I speak English. However, my Spanish is convincing enough for me to be mistaken for (Puerto Rican artist) Antonio Martorell on a nearly daily basis. As far as I know, however, Martorell is not generally mistaken for me.