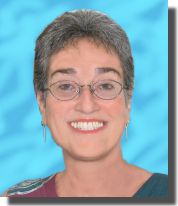 Until June 2014, María Cristina Rodríguez was a Professor in the Department of English at the University of Puerto Rico, Río Piedras campus. She received her Ph.D. in Comparative Literature from the Graduate Center of the City University of New York (CUNY). She is the book review editor of Sargasso, a journal of Caribbean Studies, and film critic for the weekly newspaper Claridad. She has published, lectured, and coordinated activities in Caribbean women’s writings, ideology in film, migration and diaspora narratives. She is co-editor of the book Personalidad y literatura puertorriqueñas and has published critical essays in Afro-Hispanic Literature, Spanish Caribbean Poetry (University of the West Indies), Caribbean Women Writers (Calaloux Publications), Hómines, Imágenes, Phoebe, The Caribbean Writer, Canadian Review of Comparative Literature, TEXT: Studies in Comparative Literature, La Torre and others. In addition, she edited the 2003-04, II issue of Sargasso titled “Film: Caribbean Artistic Experience” which includes her introduction to a special section dedicated to Edward Said. She is also the author of What Women Lose: Exile and the Construction of Imaginary Homelands in Novels by Caribbean Writers (New York: Peter Lang, 2005) on Caribbean women and the experience of migration. She served as Coordinator of Graduate Programs in the College of Humanities from 2004-2010 and 2013-2014. as well as being the English Department’s academic advisor. She is now retired.