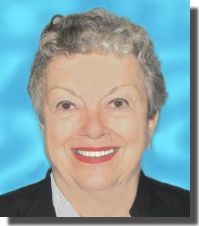 Joan Farabow McMurray was born in a small town south of Raleigh, North Carolina. Her undergraduate degree in English comes from the Presbyterian undergraduate school Queen’s College. At Mexico City College where she lived during the first year of her marriage to George McMurray, she took courses in creative writing. Later after the birth of her first two children, Patricia and George, Junior, she earned a master’s degree in English literature at Vanderbilt University where she developed special interest in Renaissance literature and wrote a M.A. thesis on Shakespeare’s final plays and the Romance tradition. For her Ph.D. study at the University of Rochester she continued her work on the dramatic literature of Renaissance England and developed a study of fifteen plays written by Shakespeare’s collaborator, John Fletcher with presumptive sources in the Novelas Ejemplares of the Spanish writer Miguel Cervantes. In recent years she has given conference talks and written articles on popular folk performances in the English speaking Caribbean particularly those with sources in British literature.

Her interests include gardening, cooking, bird watching, and computer sciences. The latter derives from a determination to keep up with her younger colleagues and an unwillingness to be left behind in what she sees as technical advancements as important as those in the 15th century development of printing.