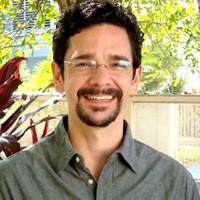 Don E. Walicek is Full Professor of English and Linguistics in the College of Humanities at the University of Puerto Rico at Río Piedras. Walicek holds a BA in Cultural Anthropology and an MA in Latin American Studies, both from the University of Texas at Austin. His graduate studies in linguistics included coursework in Germany and the Netherlands. He earned his PhD in English at the University of Puerto Rico’s Río Piedras Campus. He has academic interests in the areas of language contact, sociohistorical linguistics, and Caribbean history.  His publications include “Chinese Spanish in Nineteenth-Century Cuba: Documenting Sociohistorical Context” in Synchronic and Diachronic Perspectives on Contact Languages (John Benjamins 2007); “The Founder Principle and Anguilla’s Homestead Society” in Gradual Creolization: Studies Celebrating Jacques Arends,” (John Benjamins 2009); Thomas Russell’s Grammar of ‘A Stubborn and Expressive Corruption’” in European Creolists in the 19th Century (Buske 2014); and “The Anguilla Revolution and Operation Sheepskin” in Caribbean Military Encounters (Palgrave Macmillan, 2017). In addition, he is co-editor of the volume Guantánamo and American Empire; The Humanities Respond (Palgrave Macmillan, 2018). Walicek serves as Editor of the Caribbean Studies journal Sargasso and is the local coordinator for Puerto Rico’s International Corpus of English (ICE) project. Walicek was a Fulbright Scholar and Visiting Professor of Cultural Studies at the Karl-Franzen University of Graz in 2019; later the same year, the American Council of Learned Societies named him a research fellow.