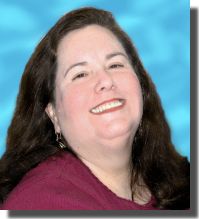 Professor Bothwell has practically lived her whole life at the University of Puerto Rico, and is a self-proclaimed “university brat.” The daughter of a professor of political science who retired after 38 years, and the sister of another who did the same, she has been teaching at UPR for the last 35 years. She obtained her BA at Rio Piedras, became a Woodrow Wilson Fellow and left the island to take an MA at Southern Illinois University, Carbondale, and a PhD at Florida State University, with specialization in Restoration and Eighteenth-Century British literature. Her passion for British literature is well-known to her students, who tease her about how many things are her “favorite.” She has conducted study/travel to Britain each year since 2003 and has created a number of courses both at the undergraduate and graduate level that reflect her interests not only in her area of specialization but also in film and literature, drama, and popular genres. She has retired after 36.5 years in the Department, but remains active with graduate students and, hopefully, with student travel.