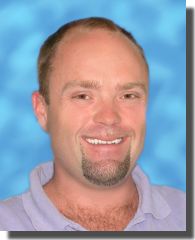 Brief biography [Message from Tony Slagle's parents regarding his passing]

Tony Slagle was born and raised in Salt Lake City, Utah, in 1969. In 1991, he left Utah to study at Pepperdine University in Malibu, California, where he earned a B.A. in speech communication. While at Pepperdine, Tony was an active member of the debate team and was the national Lincoln-Douglas debate champion in 1991. He went on to earn an M.A. (1993) in communication studies at California State University, Northridge, and a Ph.D. (1998) at The Ohio State University in Columbus, Ohio. After earning his Ph.D., he taught at St. Cloud State University in Minnesota. He moved to Puerto Rico in 2001 with his partner, Derick, and his beagle, Daisy.

His research interests include rhetoric and popular culture, communication and gender, queer theory, communication and sexualities, cultural studies, and the rhetoric of HIV/AIDS. His interest in popular culture has helped him to realize the importance of seriously considering often overlooked and/or maligned communication phenomena which often have a significant cultural impact. Along these lines, he has published on queer theory, Pee-wee Herman, and he is currently working on an article about The Rocky Horror Picture Show. In 2003, he received an award from the Speech Communication Association for his outstanding contributions to research in communication.

At UPR, he was on several department committees,  was the chair of the Institutional Animal Care and Use Committee (IACUC), and served as the compliance officer for laboratory animal research on the Río Piedras campus. He additionally served as the director of the Domitila Domenech Belaval Audio Visual Resource Center in the English Department.