The Department of English, College of Humanities, in the main (Río Piedras) campus of the University of Puerto Rio offers a complete graduate program at both the M.A. and Ph.D. levels.

The M.A. program has offered advanced studies in the areas of Literature and Linguistics since the 1960′s. Courses represent the global range of Anglophone Literature, Language, and Culture: from Old English to postcolonial theory, from Shakespeare to reggae and calypso lyrics, from generative syntax to ethnolinguistics, from Paradise Lost to feminism and film theory. The program’s primary goal is the pursuit of academic excellence in general English-language studies within the context of Puerto Rico and the Caribbean region as a whole. 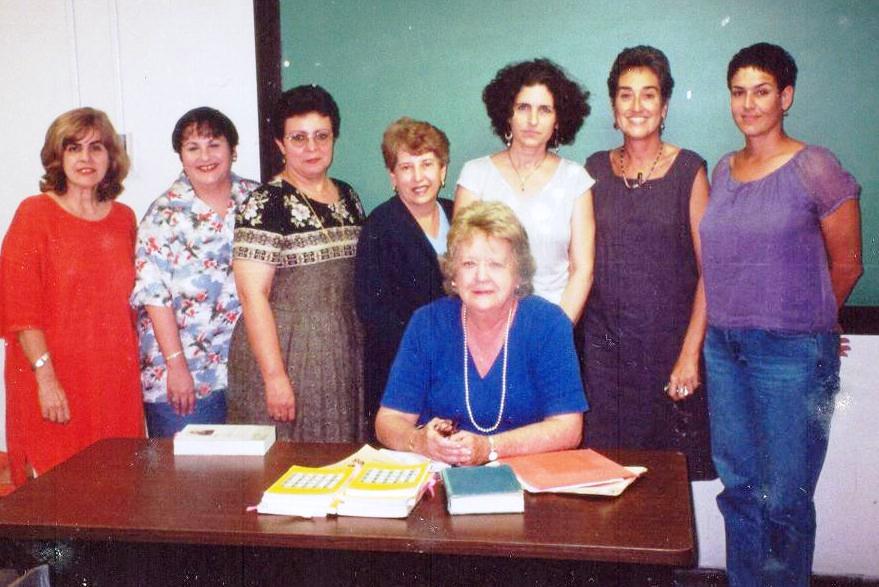 Professors and students of PhD program in 2000

The Ph.D. program began in January 2000 and has already granted more than 35 doctorates. Its emphasis is on critical studies of oral and scribal forms of Anglophone literary and cultural expression and the analysis of the development and structure of Anglophone creole languages within the broader context of Caribbean, Caribbean Rim, and diasporic metropolitan societies and cultures. Its seminars include in-depth analyses of specific Caribbean authors like Naipaul and Walcott, Caribbean literature in metropolitan, postcolonial, and global contexts, Caribbean women’s literature, African influence in the Caribbean, the structure and acquisition of pidgin and creole languages, language, identity, and power relations, and fieldwork in Caribbean and African settings.