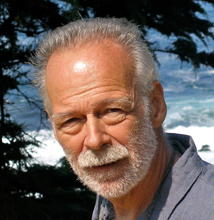 Lowell taught in the English, Theater, and Interdisciplinary Studies Departments at the University of Puerto Rico-Río Piedras from 1978 to 2019. He directed the English Department on three occasions between 1983 and 2004 and the Interdisciplinary Studies Program from 2009-2011 and served as the Graduate Coordinator several times during his career.  He was the principal architect of the PhD in Caribbean Literature and Linguistics instituted in English at the University of Puerto Rico-Río Piedras in 2000. In addition, he directed several (US) National Endowment for the Humanities and Rockefeller Foundation grants between 1993 and 2004.

Lowell’s essays on US and Puerto Rican theater and Anglophone, Francophone, and Hispanic Caribbean performance have been published in the US, Puerto Rico, Cuba, Jamaica, Barbados, Argentina, England, Holland, Spain, and elsewhere. He was the founding editor of the Sargasso journal in 1983 and the theater critic of the weekly newspaper Claridad (since 1992). He is also the author of El teatro puertorriqueño reimaginado: Notas críticas sobre la creación dramática y el performance (San Juan: Callejón, 2004) and Caballeros, Vejigantes, Locas y Viejos: Santiago Apóstol y los performeros afro-puertorriqueños (San Juan: Terranova, 2007).